One day it got really hot in Treetop. Winnie is planning what she is going to do. Winnie was going out to do her plan. She was thinking about Tuck and Mae. she also was thinking about Miles and Jesse. The black Roman numerals were just barely visible.

They were not treated fairly. The text stated that Sarah was beaten by her master’s wife. It said, “ His wife was a mean-spirited woman who beat me for the smallest mistake.” The article stated, “ My clothes became ragged; my belly was never full.” In the text, it said that Robert mostly ate corn gruel, peas, and a little bread. Robert also had to work all the time planting and weeding tobacco.

Some kids were kidnapped a forced into indentured servitude. There are a lot of orphans on the streets of London, Robert was one of them. In the text, it stated, “ One terrible night, two men grabbed me and told me I was going to Virginia, like it or not.” Other orphans were taken as well.

However, some kids willingly signed up to go to America. In the article  Sarah was poor, one day a man asked her if she would like to go to America. She signed up for it but didn’t know what she was getting into. She worked in Virginia and was a servant. According to the article, it said, “ For seven years, I cleaned and cooked, washed and mended. I tended my master’s children and weeded his vegetable garden.” Sarah had to do everything perfectly because the master’s wife would beat her up for the smallest mistake. In the end, she was free! She was married to another indentured servant and had a farm outside of Jamestown.

My gingerbread house is in the Candy Forest and I have held a party there before, it was a Christmas party.  There was a curse though that was there for a very long time,  when you walked inside there would be a candle that had a little note that said, ” light this up.” So people did just that every year and when they did a giant, angry gingerbread man would rise up and look around for the person that lit up the candle. When he found a person he would cast a spell on them that would make them sleep so that he can get their beauty because he was very ugly.  So he kept on trying till night then he would turn to dust and the people would be saved from him but beware if someone turned that candle on next year he would come. again 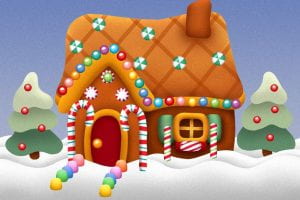 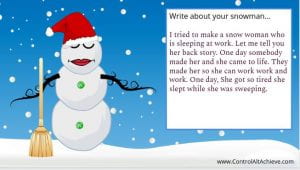 Ballet is a kind of dance that is as graceful as a bird.  You can learn all kinds of positions, moves, and jumps. The 5 basic positions are 1st, 2nd, 3rd, 4th, and 5th. One of my favorite moves is an attitude. Attitude is when the working leg is lifted in the air to the front, side or to the back. The leg in the air is bent in a 90-degree angle and most often turned out so that the knee is higher than the foot. My other favorite move is an arabesque. An arabesque is a body position in which a dancer stands on one leg with the other leg turned out and extended behind the body and with both legs held straight.  One of the jumps that we do is called a pas de chat. Pas de chat is a ballet step, translated as ‘step of a cat’. It is a sideways jump, with both legs brought up as high as possible whilst bent, ‘retiré’. It is one of many of the many standard steps in classical ballet, although not limited to just classical ballet.

Welcome to your brand new blog at Edublogs!

To get started, simply visit your blog’s dashboard, edit or delete this post and check out all the other options available to you.

We can walk you through step-by-step in our guide to getting started with your blog.